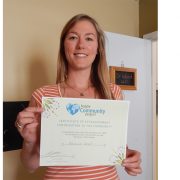 What is Happening at Happy Community Projects

What Makes a Happy Community?

Coming Out of Her Shell, Jessica Patenaude
0 replies

Want to join the discussion?
Feel free to contribute!

Donate & Be A Friend

Your donation will be used to develop programing, delivery and technology so more communities can be Happy Communities.

Signup to our newsletter.

Coming Out of Her Shell, Jessica Patenaude

Garden of Eden – Sean and Erika’s Story
Scroll to top